Free legal advice may sound like the start of another lawyer joke, yet here we are: we've developed an easy-to-follow 'NEC 3 & 4 FOR NEWBIES' series designed to see you build – rather than billed – more by the hour. That's because less legalese can mean less legal fees when advice is quicker to decipher. 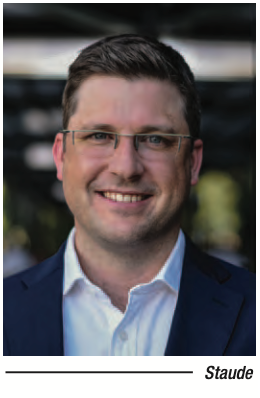 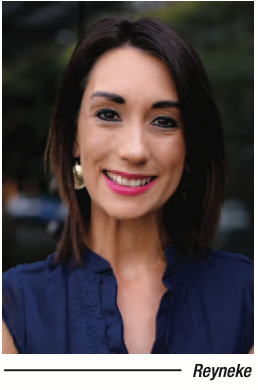 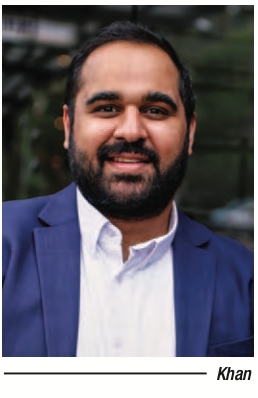 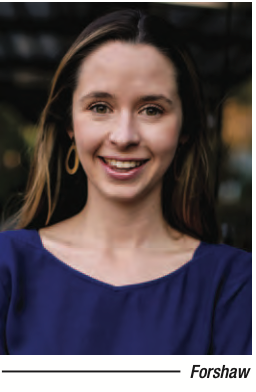 The contract management process can be complicated and time-consuming; more than that though, it can distract you from delivering projects on time and within budget. The good news is that at NSDV, we're all about getting to the point without viciously poking you with it.

If you're a Contractor or Employer, you will like the idea of having your contracts simplified whilst being afforded protection against extremely costly contract inefficiencies. In the meantime, here're six tips to consider when using our government's favoured contract.

The NEC 3 or 4 is one contract with five pricing options, the most common being A or B. Option A is a lump sum contract used for design and build work. Option B is a remeasurement contract based on a bill of quantities, where the Employer deals with the design.

For Option A, the Contractor must align its activity schedule with its cash flow; the contractor is only paid once the activity is completed, and they carry the risk of a change in quantities.

Check: For cash flow purposes, Contractors may break down the activity schedule into activities to be completed and claimed for monthly.

For Option B, the Employer assumes the risk of a change in quantities; the contractor simply prices the bill of quantities and is paid monthly based on quantities worked, multiplied by rate.

Check: Small print matters; employers can shift the risk of the quantities onto the contractor in the bill. Check its preamble to learn who carries that risk, and whether missing or unpriced quantities are assumed to be included elsewhere.

NEC 3 or 4 is governments' contract of choice; being able to successfully navigate it is as essential as their services.

During the tender phase, the Employer circulates a completed Contract Data Part 1 document to the Contractor, who in turn must complete Contract Data part 2 before a tender is submitted.

CHECK: When responding to the tender, the Contractor must still scrutinise the Contract Data part 1 (the part the Employer completed) as it contains X-clauses to the contract which are binding and could significantly impact the project.

The purpose of X-clauses is to limit and/or allocate risk and there are 15 possible X-clauses to choose from.

TIP: Contractor's often do not realise that they are entitled to negotiate, delete, or include additional X-clauses instead of accepting the clauses that the Employer has chosen. Knowing this is the difference between being left vulnerable to unanticipated risks or being prepared for what may come.

X2 – Changes in Law, is particularly interesting. Here's why.

Like a good hand sanitiser, X2 has since risen in importance as it determines which party carries the risk in the event of a change in legislation.

CHECK: If X2 is selected, then the Employer is liable to the Contractor for any increase in prices and/or time because of the change in legislation which plays out as a compensation event.

DOUBLE CHECK: If X2 is not selected, then the Contractor carries the risk resulting from a change in legislation. Simply put, the Contractor will be delayed and responsible for the accrual of penalties.

NEC3, in its infinite wisdom, tried to simplify the way in which Contractors' claims were quantified. Their intentions were noble, in that they wanted to ensure that the Contractor was in the same position as before the Compensation Event occurred.

Yet the road to hell, it seems, is paved with incomprehension.

By trying to simplify the procedure, they introduced definitions such as Defined Cost, Fees, Shorter Schedule of Cost Components, and People Percentage Overheads. Construction veterans have never even heard of these terms.

What they should've simply said was that the Contractor is entitled to claim actual demonstrated costs.

So, what are actual demonstrated costs in relation to people?

Contractors are entitled to claim for 3 categories of people:

1 and 3 are relatively straightforward, as they involve the Contractor's site team dedicated to the on-site project, as well as any consultants that may be hired by the Contractor to work on site.


2 is where it can get tricky, as it's often harder to prove. It refers to the Contractor's resources who are typically based at a head office, but have to come to site as a result of the compensation event.

PRO TIP: The Contractor MUST provide documented proof of these costs. The simplest form of proof would be payslips and timesheets to demonstrate the lossthe Contractor has incurred because of the compensation event, as well as either an employment contract or letter from HR demonstrating that they have been allocated to the project being claimed for.

Make sure that you have a method of recording and filing your People Costs in a manner that can be easily recalled for the quantification process. If I had a walrus, elephant, warthog or narwhal for every Contractor not able to prove their People Costs due to poor administration, I'd donate them all to the Johannesburg Zoo – on the condition that they rename it Tuskany.

If you're not sure where to begin, a good starting point is the 'Shorter Schedule of Cost Components', unless you've agreed with the Project Manager to use the 'Activity Schedule or Bill of Quantities'.

TIP#4. Contractor vs Employer \ who pays for accelerated work on a job?

The Contractor Pays for Impending Delays

In circumstances where the Contractor's progress is lagging due to some fault of their own, he or she will be responsible for managing the cost of making up that time; failing that, they'll likely be liable for delay damages. There are, however, rare situations in which a Contractor can't be held responsible for a lack of progress. Good examples include Lockdown Level 1 – when even lifting a spade could get you into trouble – or when it's revealed that the site is over a cursed burial ground where interred pet cats are brought back to life with terrifying consequences.

Well, we did say rare.

The Employer pays for rushing the job

It's when the Employer who wants the Completion Date earlier than the date originally agreed upon that things get financially interesting for the Contractor. It's one of the only times they get to name their price when carrying out additional work under the Acceleration Instruction.

Top Tip: The Project Manager must instruct the Contractor to submit a quotation for an acceleration to achieve a Completion Date before the Completion Date originally stipulated in the contract. The Contractor's quotation does not have to be in accordance with the Defined Cost-plus fee as is the case for compensation events.

The Contactor can charge any amount they deem reasonable, including an allowance for risk to accelerate the works. However – and before you start flicking dollar bills from the deck of your yacht – like they were the shameful vestiges of a 420 Doritos binge – the Contractor must still act within "a spirit of mutual trust and cooperation". *

TIP#5. Access to site: rather safe(ty file) than sorry

From both the Employer and the Contractor's point of view, the Starting Date should always be on or before the Access Date. These dates are set out in the Contract Data. However, the Employer is also entitled to impose condition precedents for site access.

Condition precedents are contractual requirements that must be met, in this case, before the Contractor will be allowed to access site or parts of the site and to commence site-based activities.

Top tip: The preparation and submission for approval of a healthy and safety file can be time consuming, and it is important to be aware of this. Additionally, certain Employers (such as SOEs and parastatals) require a hard copy of the heath and safety file. It can take time to print and compile the physical file, so it is important to be aware of whether a hardcopy is necessary to avoid wasting time.

In some cases where a health and safety file must be approved by the Employer before site-based activities can commence, partial approval will not be sufficient. This means that even if the Contractor is ready to access the site, they'll be kept waiting at the gates like Joker at Wayne Manor until the health and safety file is found to be compliant. The very serious consequence is that the time for completion starts to run, whether the Contractor has access or not.

Demystifying condition precedents such as the approval of the health and safety file can be difficult, but not fully understanding what is required can lead to far great difficulties for the Contractor.

TIP#6. Weather the Contractor or the Employer bears the risk

The El Niño Southern Oscillation climate pattern – and more specifically the current La Niña phase, which is expected to neutralise in Southern Africa from April to June 2022 – has resulted in wetter-than-normal weather conditions in Southern Africa from December to February over the past two years. This has had Contractors and Employers alike factoring in the associated weather risks when entering into and applying NEC contracts.

The NEC contracts entitle an award of both time and money for a successfully claimed compensation event, which include cumulative rainfall and the number of days of rain over 5mm. Most other standard form contracts differ from the NEC approach to the risk allocation in regard to adverse weather. In broad terms there is a less scientific and historical threshold for adverse weather and the Contractor will be awarded time but not money for delays and disruptions. This places greater risk on the Employer as he or she will be liable for weather which is found to be generally disruptive to the works.

In NEC contracts, clause 60.1 (13) stipulates that "only the difference between weather measurement and the weather which the weather data shows to occur on average less frequently than once in ten years is taken into account in assessing a compensation event". Simply put, this means that a Contractor can only claim a compensation event for weather which is worse than the more-scientific once-in-ten-year average. Accordingly, the employer is at risk for weather which exceeds the high threshold of the once-in-ten-year average.

Top tip: A Contractor can only claim the compensation event for the weather which occurs within the calendar month. It is important to note that weather which effects the site for a period overlapping consecutive months may not reach the required cumulative threshold of the once-inten-year monthly average. The notification period of eight weeks (a subcontractor has seven weeks) under clause 61.3 starts only from the end of the calendar month in which the effect of the disruptive weather was known. Contractors and Employers should keep close attention to the location stated in the contract data in which weather will be recorded on site.

It is imperative for the Contractor to understand how to mitigate risk with regards to adverse weather under the NEC contract. The Contractor should make allowances for the once-in-nine-year weather event by including sufficient time-risk allowance in the works programme.