“This is not what I agreed to!”– A potential navigation of changed circumstances under a contract Quarter 2 2022

When parties enter into a contract, they do so by basing their consensus on the facts before them at the time of contracting – naturally oblivious to the uncontrollable and unforeseeable possibility of a change in circumstance that may render contractual performance unduly onerous in the future. 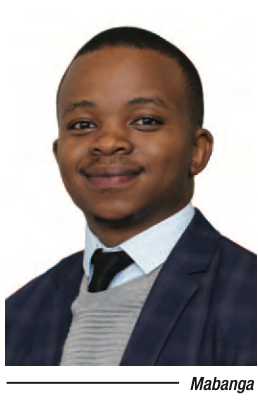 Under English common law, the doctrine of frustration allows a party to escape contractual liability where an uncontrollable and unforeseeable change in circumstance occurs which alters the basis of a contract to the extent that the cost or purpose of performance differs significantly from the initial agreement. The rationale behind this position is that it is unfair, and offends the interests of justice, to bind a party to a contract that has since become burdensome or purposeless to perform. Such a position can be expressed in the statement that, 'owing to no fault of mine, and an unforeseeable supervening factor – it was not this that I promised to do' (non haec in foedera veni). Under the doctrine of frustration, performance can still be possible, but to enforce it would have an unfair result on the afflicted party and subsequently offend public policy by subjecting an afflicted party to dire consequences beyond their foresight and control at the inception of the contract.

The principle of escaping liability in events of changed circumstances is observed in other jurisdictions, including the United States of America, under the Uniform Commercial Code Article 2 (a), Russia – Article 451 of the Civil Code of the Russian Federation, Australia (See Taylor v Caldwell (1863) 3 B & S 826), India – s56 of the Indian Contract Act, 1872, and is recommended as an international contract law standard under the Unidroit Principles of International Commercial Contracts, article 6.2.2.

In a constitutional era, however, can such rigid commitment to upholding contracts withstand constitutional scrutiny? A fair argument can be made that it cannot. South African courts have emphasised on numerous occasions the need to infuse contract law with constitutional principles and values such as ubuntu (TW Bennett, Ubuntu – an African Jurisprudence, Juta, 2018) fairness and public policy (Port Elizabeth Municipality v Various Occupiers 2005 (1) SA 217 (CC); Roazar CC v The Falls Supermarket CC [2017] JOL 39326 (SCA) [par.18]).

As a point of departure, it is important to acknowledge that the South African common law of obligations, as it flows from the Roman law rules of obligations, represents a pre-constitutional time where it was not incumbent upon courts to interpret contracts through a constitutional lens and values of public policy, fairness and ubuntu. As a result, the courts, more often than not, maintained an unwavering commitment to upholding pacta sunt servanda over public policy, fairness and ubuntu, and they were only willing to detract from this commitment when it was impossible for a party to perform.

Where a contract has been altered by a supervening factor that is not attributable to any party, and to the extent that the nature and effect of the contract changes from what had originally been agreed to, an argument can be made that the spirit of the Constitution would demand intervention for the afflicted party, who would be unduly burdened by the drastically changed circumstance.

There are opponents to the adoption of the doctrine of frustration, for fear of the threat it poses to pacta sunt servanda, which holds that agreements ought to be kept and cannot be dissolved at a party's inconvenience. However, South African courts have, on many occasions, stated that this doctrine is not absolute and may be limited – especially for considerations of constitutional law principles such as public policy (Atlantis Properties Holdings CC v Atlantis Excel Service Station CC (2019) 3 All SA 441 (GJ) para. 42), fairness and ubuntu (Mohamed Leisure Holdings Pty Ltd v Southern Sun Hotel Interests (Pty) Ltd 2018 (2) SA 314 para. 28), and constitutional principles in general (Barkhuizen v Napier 2007 (5) SA 323 (CC) para. 27 – 30). Moreover, our courts are not indebted to pacta sunt servanda and as per s8(3)(a) and 39(2) of the Constitution, they must consider the constitutionality of our common law and invalidate any law in conflict with the Constitution (s8(3)(a) and s39(2)).

English courts are equally wary not to plummet the scales of justice by applying the doctrine of frustration on a whim or where pacta sunt servanda (or in the English context – absolute contracts) are rendered insignificant. English courts have remarked that the doctrine must not be lightly invoked, must be kept in narrow limits, and with caution taken not to render it an informal remedy to dissolve a contract (Davis Contractors Ltd v Fareham Urban District Council (1956) 2 All ER 145 at p. 150 & 159).

A careful balancing exercise must be struck between the nature of the contract, circumstances of the case, the nature of the afflicted party's shortcomings and the jurisprudential effect of the application of the doctrine of frustration.

The South African track record of judicial encounters with the doctrine of frustration indicates a judicial openness to persuasion of this attractive legal position, albeit in obiter dicta. Considering the courts' constitutional power to consider foreign law in their judgments, the relevance of this obiter dicta in one day determining the course of our law cannot be underestimated.

In Frajenron (Pty) Ltd v Metcash Trading Ltd & others (2019) JOL 46364 (GJ), Vally J acknowledged that this doctrine 'demonstrates that the law is alive to the fact that not every future act, circumstance or eventuality is foreseeable even by the most prudent and cautious of persons'. Vally J further remarked that this doctrine is a valuable rule in the English legal system. This remark echoes one made by Solomon JA in 1924 when he remarked that the doctrine, though not a part of South African law, was a good legal principle (Macduff & Co Ltd (In liquidation) v Johannesburg Consolidated Investment Co Ltd 1924 AD 573 at 601 p. 603).

In Ncube v Mpofu & others (2007) JOL 19348 (ZH), Judge Ndou, though doubtful of the doctrine's applicability in South African law, decided to indulge the Respondent's reliance on the doctrine of frustration while going on to explain that the case did not meet the requirements of the English law doctrine, even had the doctrine been a part of South African law. This indicates the court's tolerance for the doctrine despite its foreign status to our legal system. At the other extreme, Gardiner J took such tolerance too far when, in Schlengemann v Meyer, Bridgens & Co. Ltd. 1920 CPD 494, he confusedly relied on the English law tenets of the doctrine of frustration of purpose to make a finding of impossibility of performance. In doing so, he confused the doctrines by applying English common law to establish South African law, when there was an alternative doctrine of casus fortuitus that he should have applied.

Notwithstanding the criticism levelled against Gardiner J, his position, including the remarks mentioned above, may also indicate an openness and tolerance by South African courts of the doctrine of frustration.

The broadening of the common law doctrine of supervening impossibility of performance to resemble that of English common law would bring South African law in line with foreign and international commercial trends.

In America, the Uniform Commercial Code recognises that, in circumstances where a supervening and unforeseeable factor renders the performance of a contract impracticable for one of the parties, non-performance in terms of the contract is not a breach thereof (Impracticability is also provided for in s261 - 262 of the Restatement (Second) of Contracts). This is a clear indication of the recognition of changed circumstance to justify contractual non-performance, sharing great resemblance with the English doctrine, since impracticability is a feature of the doctrine of frustration.

Furthermore, the Unidroit Principles of International Commercial Contracts, in their principles on the standard of international commercial contracts, recognises that an afflicted party to a contract that has been fundamentally altered by a blameless and unforeseeable factor, may enter into a renegotiation of the contractual terms with the other party (Unidroit Principles of International Commercial Contracts article 6.2.2); failing which, the afflicted party may approach the courts in an attempt to terminate the contract or amend it in a way that it is not burdensome or onerous (article 6.2.3). This legal position also shares great resemblance to the English doctrine since economically burdensome performance, much like impracticability, is recognised as a feature of the doctrine of frustration.

The Principles of European Contract Law, embodying general contract law standards, recommend that, notwithstanding the relevance of pacta sunt servanda, contractual parties should be bound to enter into negotiations to amend the contract or terminate it when, as a result of an unforeseeable and uncontrollable supervening event, performance has since been rendered excessively onerous (The Principles of European Contract Law article 6:111: (2)).

The longer it takes for the doctrine of frustration, or some form thereof, to be introduced in South Africa, the longer it will take for South African law to catch up to modern foreign and international law of changed circumstance in contract law.

The effect of holding a party to a contract which has been unforeseeably altered beyond what the parties may have anticipated at the contract's inception, merely on the basis that they are able to perform – regardless of how impracticable or dire is the cost or purpose of performing – offends principles of fairness, ubuntu, public policy and the interests of justice. This position requires constitutional intervention. The English common law position of the doctrine of frustration offers a suitable model for South African courts to adopt in order to align our common law position on changed circumstance with constitutional and modernised standards of contracting.

Mabanga is a Candidate Attorney with Webber Wentzel. The article was overseen by Garth Duncan, a Partner.