Appear at the next hearing or get lost Quarter 2 2022

What are the consequences of a chairperson not granting a postponement and proceeding in the absence of a party? 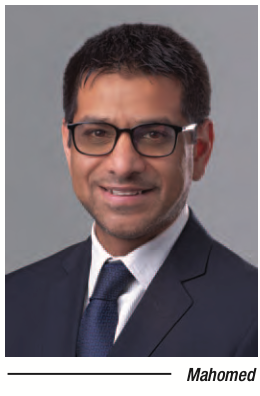 Both internal hearings and post dismissal arbitrations are sometimes fraught with some form of delay because of the unavailability of representatives. Some of the delays are outside the control of the actors in the process, while others are not. Either way, the approach of the participants needs to be sensible and reasonable. If not, a refusal to grant a postponement may render the underlying process unfair.

Rhodes University charged Yolandi Dyantyi and two other students with allegations of kidnapping, assault, insubordination and defamation. The chairperson of the disciplinary enquiry/hearing (in university parlance, 'Proctor') found Dyantyi guilty of all the charges and effectively permanently excluded her from the university, and barred her from enrolling at any other university. These findings were ultimately made in Dyantyi's absence.

The Proctor was an external lawyer. The university appointed two prosecutors, both attorneys. Dyantyi was represented pro bono by two advocates, as well as Attorney X and a candidate attorney. The advocates also acted for one of the two other charged students on the instructions of Attorney Y. Attorney Z appeared for the third student.

The enquiry initially commenced on 26 June 2017, when the prosecutors presented evidence. Counsel for Dyantyi cross-examined the witnesses and, after lunch on 9 October 2017, the Proctor excused Dyantyi and one of her lawyers to prepare for her testimony on the following day. On 10 October 2017, however, Attorney Z presented his client's case. This was the result of an agreement between Dyantyi's lawyers and Attorney Z, to accommodate witnesses for his client. The prosecutors did not object to this arrangement. The case for the fellow student was still not concluded by Attorney Z at the close of proceedings on 11 October 2017. As a result, dates for the continuation of the inquiry had to be determined. This is where the issue arose.

The Proctor was available from 25 to 27 October, 6 to 8 November and 13 to 15 November 2017. So, apparently, were the prosecutors. However, Attorney Z was only available on 26 and 27 October. He said that he had, several weeks before, proposed these dates to one of the prosecutors. There was no indication that the advocates for Dyantyi had been involved in such discussion, which gave rise to issues of bias (which were not addressed on appeal to the SCA). Attorney Z also pointed out that his client was due to write exams during the week of 6 November to 10 November 2017. (The same applied to Dyantyi). Attorney Z was also available on 29 and 30 November and 1 December 2017, which, in the circumstances, were the first available dates for Counsel for Dyantyi. The advocates for Dyantyi made clear that there was no intention to delay the matter and explained that they had prior work commitments on the dates proposed by the Proctor.

It was also stated to the Proctor that Dyantyi was a poor student who could not afford other legal representation and was unlikely to obtain pro bono legal representation at short notice. Pertinently, counsel pointed out that the disciplinary hearing commenced more than a year after the alleged misconduct, and there was no reason why the matter should be concluded on a truncated date in October 2017. Importantly, Counsel also mentioned that on the three previous similar occasions, the dates for the continuation of the proceedings were agreed upon. Counsel concluded by contending that to set the matter down for dates on which counsel for Dyantyi were unavailable would constitute a gross irregularity. Despite similar protestations by Attorney Z, the Proctor simply ruled: '…, I think I must do the dates now. Alright. 26th, 27th, 6th, 7th and 8th November. Thank you. You can pack up.'

As a consequence of the rulings, neither Dyantyi nor her representatives participated further in the disciplinary proceedings and the Proctor issued his outcome in November 2017, with far reaching consequences for the students. Dyantyi approached the high court to review the Proctor's decision. The grounds of review were that the decision had been materially affected by procedural unfairness and were unreasonable and/or irrational. In a university disciplinary hearing, PAJA is applicable, which means that Dyantyi had the right to procedural fairness encapsulated in PAJA.

What the Dyantyi case is not about is the right of someone to retain specific legal representation. There is no such right. The question in this case was whether, in the specific circumstances, procedural fairness required that Dyantyi retain the services of a particular legal representative in the continuation of her enquiry.

The reality is that professional commitments create clashes in the schedule which impacts part-heard proceedings, and this case deals with how a chairperson and an initiator in an internal process should deal with such dilemma. What was important in this case was that Counsel for Dyantyi conducted the enquiry over the 12 days of the disciplinary hearing up to the point of their exclusion. The transcript of the proceedings up to their exclusion was over 700 pages.

The court found that the ruling to proceed on days on which the students' lawyers were not available deprived Dyantyi of their services.

Moreover, the ruling denied her representation at a crucial stage of the proceedings, when she was about to testify and to present her defence.

The court disregarded the University's suggestion that Dyantyi should have proceeded with only the assistance of her attorney and the candidate attorney, and found that such approach was unreasonable in the circumstances. In a long running enquiry where Dyantyi had two counsel, it was unreasonable to expect the attorneys to pick up the defence on the merits. Also, it would have been difficult to obtain the services of another counsel willing to act pro bono and able to properly prepare within the short period prior to the hearing reconvening. The court found this prejudiced Dyantyi and should only have been justified by powerful considerations, which were lacking.

The court concluded that the entire saga could have been avoided by simply setting down the matter for 29 and 30 November and 1 December 2017, which was not unreasonably distant, and neither the Proctor nor the prosecutors provided a reason why this was not suitable. What had to be placed on the other side of the scale, the court questioned? Nothing really, apart from the general principle that student disciplinary proceedings should be finalised with reasonable expedition.

The SCA found for Dyantyi and declared that her expulsion was invalid. She was vindicated and allowed to return to the University. It was for the university to determine whether it would continue with disciplinary action against her. In the world of work, this is tantamount to 'reinstatement'.

What would have happened if the Proctor adopted the same approach in an internal workplace disciplinary hearing?

For a private sector employer, the risk would be an award by the CCMA that the dismissal was procedurally unfair. There is no prospect of reinstatement for procedural unfairness. So, the risk for an employer is limited to a compensation award.

However, in our experience, where employees have accrued a contractual right to fairness or have the disciplinary code and procedure incorporated into their contracts of employment, and where it is found that the circumstances of the procedural unfairness have tainted the entire disciplinary proceedings, the consequences for the employer are dire. Thus, the Dyantyi effect where the court may order the reinstatement of the employee back to the point of the disciplinary hearing is a risk to an employer.

For public sector employees who can locate a residual PAJA or legality principle right, the field is wide open to seek a review of the decision of the chairperson.

What would have happened if the Proctor was a CCMA/Council arbitrator?

We know that PAJA does not apply to a review of an arbitration award and that reviews can only be brought under the Labour Relations Act, 1995. Under the LRA, a Commissioner is obliged to ensure that the arbitration is fair to both parties. In the world of PAJA, this equates to "procedural fairness".

The SCA in Bel Porto School Governing Body and Others v Premier of the Western Cape Province and Another 2002 (9) BCLR 891 stated that 'what procedural fairness requires depends on the particular circumstances of each case'. In Dyantyi, the SCA held that presentation of the student's case at the enquiry was a matter of some factual and legal complexity and that it was, therefore, rightly accepted that legal complexities and potential seriousness of the consequences of an adverse finding entitled her to adequate legal representation for the duration of her enquiry. The Proctor's approach was a violation of the right to procedural fairness.

In my view, had this been the approach of a Commissioner, the award would have been set aside on review by the Labour Court. This despite the position taken by Van Niekerk J in the unreported judgment, Zeda Car Leasing (Pty) Ltd t/a Avis Fleet v Baloyi and Others (JR1029/2019) [2021] ZALCJHB 407 (2 November 2021), where the court held on very different facts that: "The CCMA is a statutory body charged with the efficient and expeditious resolution of disputes. That statutory mandate is compromised when parties regard their convenience as paramount…".

The difficulty with a review is the time it would take for the production of an order from the Labour Court because of the delays in the court process. So, an aggrieved party – either employer or employee – who was excluded from the arbitration would have to suffer the pain of the award until such time as it is set aside on review.

Despite the frustration which management endures in finalising internal disciplinary processes, or parties experience in seeing an arbitration come to finality, bear in mind that 'cutting the track' is painful in the world of Formula 1 and is worse in the world of procedural fairness. The reasons for further dates in part-heard matters must be determined dispassionately.

Parties should tread carefully and be sensible on how to progress a matter in an expeditious manner to avoid the risk of being found wanting on a basic principle of procedural fairness, and to find years later that the matter is to start from scratch.

It's not worth it – Festina lente!