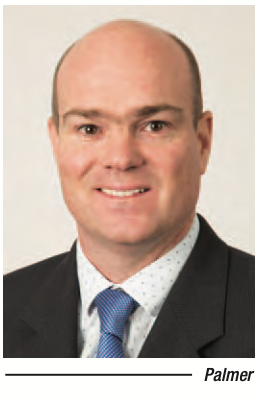 In Barnard Labuschagne, the Taxpayer owed SARS R804,747 for self-assessments for value added tax and employees' tax. It was not the taxpayer's contention that the assessment was wrong, but rather that they had made payments which SARS had failed to appropriate towards the relevant assessed taxes. The Western Cape High Court held that the tax judgment could not be rescinded. In its judgment, the court quoted Capstone 556 (Pty) Ltd v CSARS 2011 (6) SA 65 (WCC), where it was held that although a tax judgment has all the effects of a judgment, "it is nevertheless not in itself a judgment in the ordinary sense" and "does not determine any dispute or contest between the taxpayer and the Commissioner". But Capstone was not dealing with a recission of judgment; it was considering whether SARS could lawfully take a tax judgment when there was a pending objection and appeal. The high court also made much of the fact that SARS has the power to amend or withdraw a certified statement, concluding that this showed that it was not a final judgment and is unlike an ordinary civil judgment.

After both the high court and the Supreme Court of Appeal refused leave to appeal, the taxpayer sought leave directly from the ConCourt. In a unanimous judgment of the ConCourt, Rogers AJ was critical of the high court decision, particularly given that the court had been referred to all the relevant authorities, failed to discuss them and either follow them or explain why they were distinguishable. Rogers AJ pointed out that binding precedent is a core component of the rule of law, which is a founding value of the Constitution. The precedent that he was referring to was Kruger v CIR 1966 (1) SA 457 (c) (Kruger I) and Kruger Sekretaris van Binnelandse Inkomste 1973 (1) SA 394 (A) (Kruger II). In Kruger I, the full bench heard an appeal from a decision from the magistrates' court refusing a recission of a tax judgment on the basis that the judgment was not rescindable. The court held that a tax judgment can be rescinded in terms of s36(1)(a) of the Magistrates Court Act, 1944. In Kruger II, counsel argued that a recission of a tax judgment was always doomed to fail because the court hearing the recission application is required to treat the assessment as conclusive evidence of its correctness. In such circumstances, a taxpayer applying to rescind a judgment could never show a bona fide defence. In response to this argument, the Appellate Division held that "conclusive evidence" only related to the making and correctness of the assessment. There are matters going to the merits of a tax judgment that can be challenged, such as the computation of the tax, the date from which interest runs, and the lawfulness of levying tax. Both Kruger I and Kruger II were approved of by the ConCourt in Metcash Trading Ltd v CSARS 2001 (1) SA 1109 (CC).

It is settled law that a tax judgment can be rescinded. Kruger I affirms that a tax judgment can be rescinded in the magistrates court, in terms of s36(1)(a) of the Magistrates Court Act, 1944. This provides that "the court may, upon application by any person affected thereby… rescind or vary any judgment granted by it in the absence of the person against whom that judgment was granted". Rule 49 of the Rules of the Magistrates' Court would apply to such a recission application.

When it comes to rescinding a tax judgment in the High Court, Traco Marketing (Pty) Ltd v Minister of Finance 1998 (4) SA 74 (SE) held that rules 31(2)(b) and 42 of the Uniform Rules of Court were not applicable, but the judgment could be rescinded under the common law. To succeed with a common law application, the taxpayer would need to provide a reasonable and satisfactory explanation for its default, and further show that, on the merits, it has a bona fide defence.

An obstacle faced by a taxpayer rescinding a tax judgment was highlighted by Rogers AJ when he said that, "where the grounds on which a tax judgment is impeached in rescission proceedings are grounds which are being pursued, or can be pursued, by way of objection and appeal under Chapter 9, an applicant for rescission will be unable to establish a bona fide defence, because the court hearing the rescission application will not be entitled to go behind the certified statement". Section 170 of the TAA makes it clear that the certified statement filed by SARS is conclusive evidence of making the assessment, except where there has been an appeal under Chapter 9.

Section 105 of the TAA says that a taxpayer may only dispute an "assessment" or "decision" using the objection and appeal dispute resolution mechanisms in Chapter 9. If the taxpayer has not made use of these mechanisms (which have clearly defined time periods for disputing assessments and decisions), whether the taxpayer has a valid explanation for being in default will be immaterial. The application will have no practical effect because to be successful with a recission, the taxpayer must show a bona fide defence. It is only through the objection and appeal process that a taxpayer can pursue a defence, a process that the taxpayer, in all likelihood, has not followed, through its own dilatory conduct. For arguments sake, if the recission application was granted, the taxpayer would be precluded from utilising the Chapter 9 dispute resolution mechanisms, as the period for doing so would long have expired. Added to the quagmire that the taxpayer finds itself in are the "pay now, argue later" and "conclusive evidence" rules. The former rule allows SARS to file a certified statement and recover a tax debt even when the taxpayer has objected to an assessment or decision, while the latter says a certified statement is conclusive evidence of the making of the assessment except when there is an appeal instituted under Chapter 9.

The result is that the circumstances in which a taxpayer can apply to rescind a tax judgment are limited. It will generally not be possible to rescind a judgment when the dispute is covered by the "conclusive evidence" rule in s170, or excluded by s105. When a taxpayer is complaining about an "assessment" or a "decision" as defined in s104, such a complaint will fall within these categories. In these cases, the taxpayer's recission application is doomed to fail because it will never have a bona fide defence. It is crucial, therefore, that taxpayers with a genuine complaint about a SARS "assessment" or "decision" make use of the objection and appeal process timeously. Failure to make use of the Chapter 9 processes within the prescribed time periods will result in SARS filing a certified statement that is conclusive evidence that the tax debt is due, leaving the taxpayer stranded on the wrong side of such statement, with no means of going behind it.

There are, however, limited circumstances when a recission application can succeed. Barnard Labuschagne is one such example. In that case, the taxpayer was not disputing the assessment, but the correct allocation of payments towards the tax debt. Other possible instances are those outlined in Kruger II, namely the computation of the tax, the date from which interest runs and the lawfulness of levying tax. It is essential that before navigating the choppy waters of an application for a recission of tax judgment, the taxpayer carefully considers whether they fall within one of the limited qualifying categories.

Palmer is a Director of Garlicke & Bousfield.