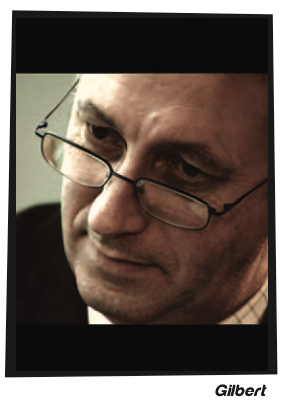 I am fascinated by the word and how it alters our perception of success and even of our identity.

When I was training to be a lawyer, my only ambition was getting to the end of the week without being shouted at or making a mistake. I never remember thinking that becoming a partner in a law firm was a thing for me. After all, I was on the lowest rung of the ladder with an unreliable 1974 Vauxhall Viva and an overdraft that gave me sleepless nights. Partners were other worldly beings who moved about the office on silent rails; they had vast Volvo estate cars, Labradors named after historic battles, Boden-esque children named after holiday islands and houses with implausibly long drives high on the hill.

Then when I became an in-house lawyer, things changed a little. Being surrounded by people who called themselves managers, I felt more at home with the idea that I might become a manager one day. I could supervise a bit, and report up and cascade down; it didn't seem too difficult.

To be an executive leader, however, well – that still felt far beyond me. I think it would be fair to say that I never felt entirely comfortable with the title and its implication that somehow what talents I had made me worthy of being set apart from other colleagues.

I have realised since that leadership is not bestowed on us by a title or hierarchy, but it is something that is within all of us. It is to be human. We do not become leaders, we are leaders; but to fulfil our potential as leaders, we must learn to trust our feelings and then let our feelings guide our actions.

I remember being at one of those very fancy conferences for lawyers somewhere implausibly swanky in Europe. I was surrounded by people who wanted to be accepted as leaders. For most people this meant being the General Counsel. If they were already a General Counsel, then they wanted to be a 'Global General Counsel', working in ever larger companies. These were good people, but it felt to me that some were pursuing leadership as a collection of adornments, rather than exploring their authentic leadership potential. It felt a little thin and perhaps also excluding.

Ambition, in this way, is mostly about accepting an imposed hierarchy of importance and someone else's idea of our place in it. It is reminiscent of a sort of class war. You may be a GC, but are you a GC of a FTSE? And if it is a FTSE, is it a FTSE 100? And if it is a FTSE 100, how many countries do you operate in? Do you report to the CEO? Do you have a driver? What is the colour of your executive travel card status?

It might be important in its way, but it is not the person you are or the difference you can make. It is a potential rabbit hole of joylessness, where imagination, contribution, kindness and care might disappear, and where not securing the next rung of someone else's ladder is a sign of your failure and even shame. This is ambition where there isn't even a pin prick of light emanating from the soulless arse of apparent success.

However, what if we reclaim the word? What if we wrestle it back from all the fast-track matrix bollocks and high-performance mythology? What if the word is not about status, or our next job title, but about our story, our difference, our growth and our fulfilment?

Ambition is then the shape of you.