The differences between the doctrines of res judicata and lis pendens may seem obvious at first glance. In the context of litigation, we understand the former to mean that an aggrieved party has the proverbial "one bite of the cherry"; in other words, once their matter has been litigated to its conclusion through the relevant forums, the matter cannot thereafter be litigated again. We understand lis pendens to mean that a matter is still being litigated and has not yet reached its conclusion. Again, the distinction appears to be straightforward; however, the Labour Appeal Court recently had to determine the distinction and application of these two stages of litigation in the case of Feni v CCMA [2020] 10 BLLR 1001 (LAC) (Feni case), and, in particular, the purpose of these doctrines in ensuring the expeditious resolution of disputes in labour litigation.

The Labour Relations Act (66 of 1995) (LRA) does not deal expressly with the question of whether legal representation should be allowed during disciplinary hearings. However, Item 4(1) of the Code of Good Practice contained in Schedule 8 of the LRA states that when an employee is charged with misconduct, "[t]he employee should be entitled to a reasonable time to prepare the response and to the assistance of a trade union representative or fellow employee". No mention of legal representation is made in the Code.

Depression in the workplace is becoming more prevalent as high pressure work environments with strict deliverables often cause employees to suffer from fatigue and, ultimately, depression. COVID-19 and working from home has, of course, aggravated the situation, often resulting in low morale and frustration for employees. Employers are frequently unsure how to deal with employees who commit acts of misconduct, or perform poorly in circumstances where their mental health is an area of concern.

There have been a number of highly significant cases in the field of labour law, including a decision from the Constitutional Court (CC), a Labour Appeal Court (LAC) decision and two decisions of the Labour Court (LC), all of which have been issued in the past few months. This article will provide a brief survey of these judgments, including critical comment where appropriate.

The global COVID-19 pandenmic has brought about unprecedented changes to the employment landscape and thrust us into a "new normal". In looking beyond COVID-19, this article seeks to give a cursory overview of what constitutes an employment relationship, to determine whether an employment contract may be terminated on the basis of operational requirements and, lastly, to examine whether employees who have been retrenched on the basis of operational requirements are entitled to severance packages in Botswana, Lesotho, Mozambique and Namibia.

The nationwide lockdown imposed across South Africa, due to the COVID-19 pandemic, has led many employers to consider the financial sustainability of their business. Employers who are not able to operate during this time are particularly affected.

In 2013, s6(1) of the Employment Equity Act was amended to include the phrase at the end of the list of the grounds on which an employer may not discriminate against an employee "or any other arbitrary ground".

According to the World Health Organisation (WHO), the coronavirus is a "family of viruses that cause illness ranging from the common cold to more severe diseases". The novel strain of the coronavirus (COVID-19) is a unique strain to the coronavirus family. While it is still unclear how COVID-19 originated, or how it was transmitted, what scientists know for sure is that the virus is resistant to antibiotics.

The National Lockdown imposed by government in terms of the Disaster Management Act has prompted considerable debate about its effects on the treatment and payment of employees during this period. The Regulations and Directives issued in terms of the Act have been silent on the issue, while statements by the Department of Employment & Labour, in particular, have served only to confuse things further.

Since the beginning of the COVID-19 lockdown, there have been far more Gazettes issued than during any other period in our democratic history. One of the pieces of legislation that has arrested the attention of all South Africans is the Disaster Management Act (57 of 2002) owing to the many revisions that have been issued to the Act's guidelines.

The World in October International November 2020

Australia has demanded an answer from Qatar after nine women on a Qatar Airways flight to Sydney were taken off the plane, strip-searched and medically examined to see if any of them had recently given birth.

Surveillance programme exposed by Snowden is illegal, but convictions upheld

A Federal Supreme Court said the massive phone data collection programme of the National Security Agency in the US, revealed by whistleblower Edward Snowden when he was a CIA employee, violates federal law and possibly the Fourth Amendment (unreasonable searches and seizures). But it ruled that, even if the programme was unconstitutional, its use against four immigrants did not taint other evidence introduced at their trial and their convictions remained undisturbed. They were convicted of sending or conspiring to send $10,900 to Somalia to support a terrorist group. Classified evidence showed that metadata wasn't necessary to show probable cause to obtain the wiretap conviction.

Demystifying the Mahr found in Muslim Marriages The Law November 2020

One of the most common characteristics of an Islamic marriage is that it commences with a proposal referred to as ijba or rishta. Although the observance of a formal proposal is not strictly a requirement found in traditional Islamic jurisprudence, it is commonly observed globally. An essential characteristic of a Muslim marriage is the Mahr-ul-Mithl, commonly referred to as the mahr or mehr. The English equivalent of the word mahr would be dowry. The word mahr is akin to the Hebrew word "mohar" and the Syriac word "mahr", signifying "bridal gift", which was historically referred to as "purchase money". According to the Chambers Concise Dictionary, dowry is defined as "an amount of wealth handed over by a woman's family to her husband on marriage".

A punishment to fit the crime? Human Rights Law November 2020

"Africa is renowned for its beauty, its natural heritage and prolific resources – but equally, the image of its suffering children haunts the conscience of our Continent and the world. One of the ways we can build a better future for our children is by empowering them through allowing them to speak up for themselves. Of course, we as adults have to guide them and to take the ultimate responsibility but that is something quite different from patronising them. The rights of children must, importantly, include the right to be themselves and to talk for themselves." (Nelson Mandela).

Following an open national competition, Norman Kaplan's artwork, South Africa's Bill of Rights, became the cover of the Images of Human Rights print portfolio, issued by the Artists for Human Rights Trust in 1996. The portfolio consists of 27 fine art prints, each depicting one clause of South Africa's Bill of Rights, along with a front and back cover. It was created by 29 artists, representative of the nine provinces of South Africa. The images are diverse in their creative approaches, and a variety of techniques were used to interpret the individual clauses of the Bill of Rights. The edition was limited to 50 sets and are sought-after collector's items. 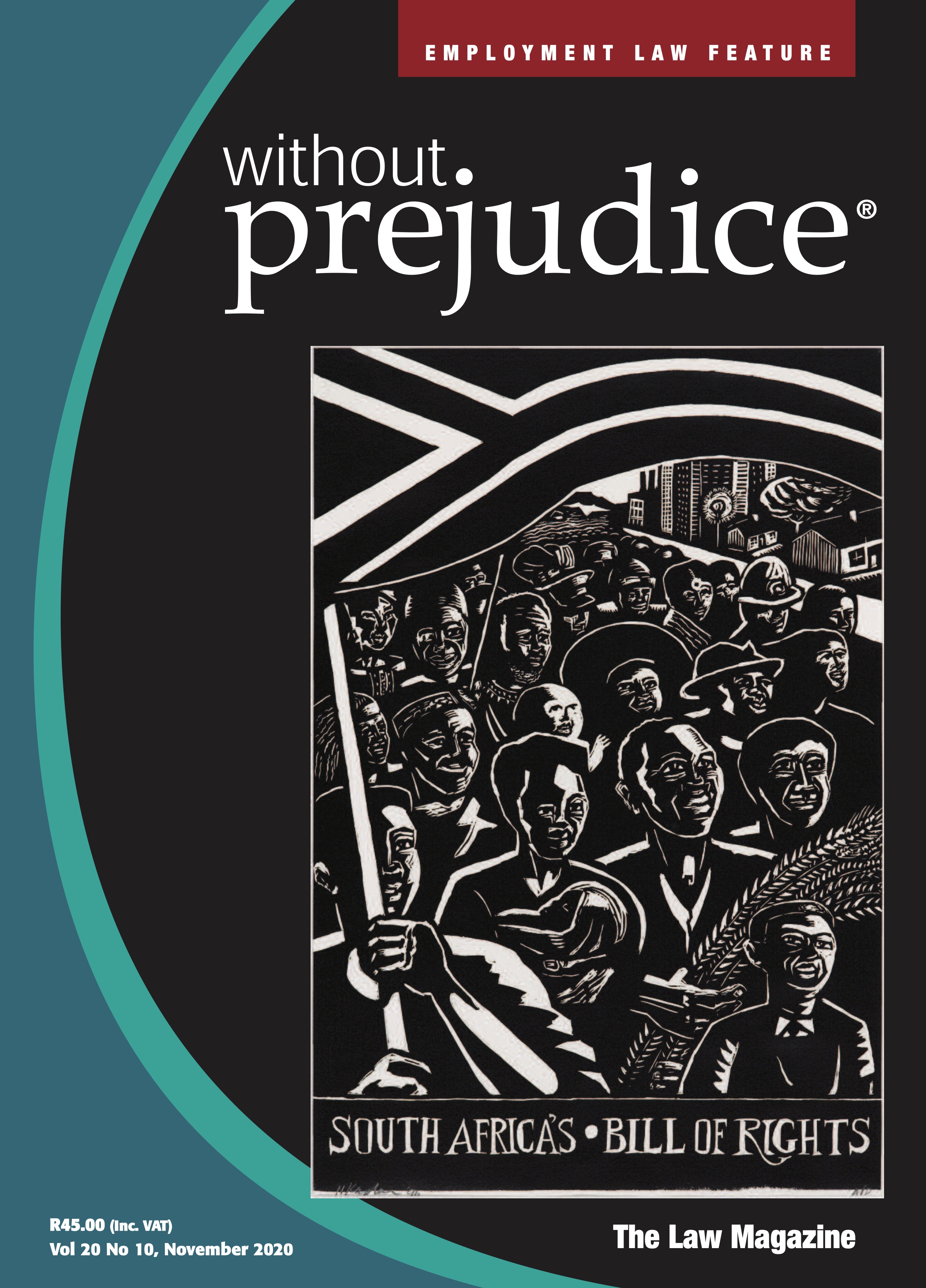 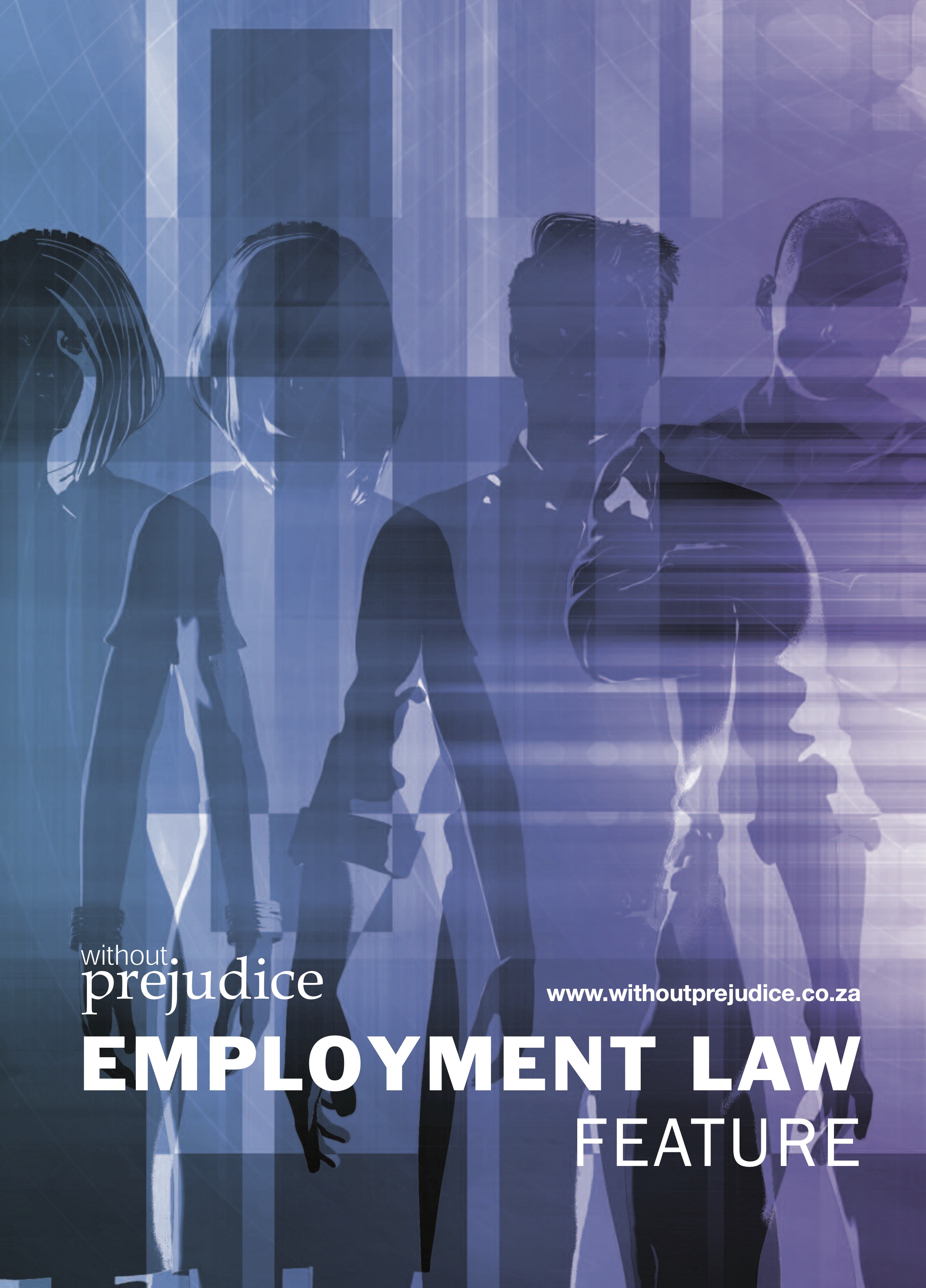